Exploration of occupational fields in the Aachen urban region

As part of the campaign “Occupational Field Exploration in the City Region of Aachen”, taking place from April 9 – 11 and from May 14 – 16 on a total of six days four interested students from eighth and ninth grade of different schools were invited to get to know CEROBEAR as a potential future employer.

Accompanied by three employees from different departments, the student groups were introduced to the different occupational fields which an internationally operating mid-sized company can offer its employees. For this purpose, the production and manufacturing of a Fidget spinner was planned and subsequently carried out. From work preparation to production and assembly, the students were given an insight into the various areas of the company and were able to demonstrate their skills and technical understanding. In addition to the established manufacturing processes, the students were also given an insight into the future of manufacturing: Topics such as 3D printing and automated manufacturing were explained using practical examples and their integration into production was demonstrated.

The day was finished off with a joint lunch, during which open questions could be clarified. We hope to see some familiar faces again in the future when applying for internships and apprenticeships. 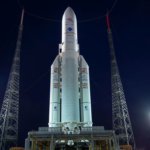 Launch Bepi Colombo – we are on board!general